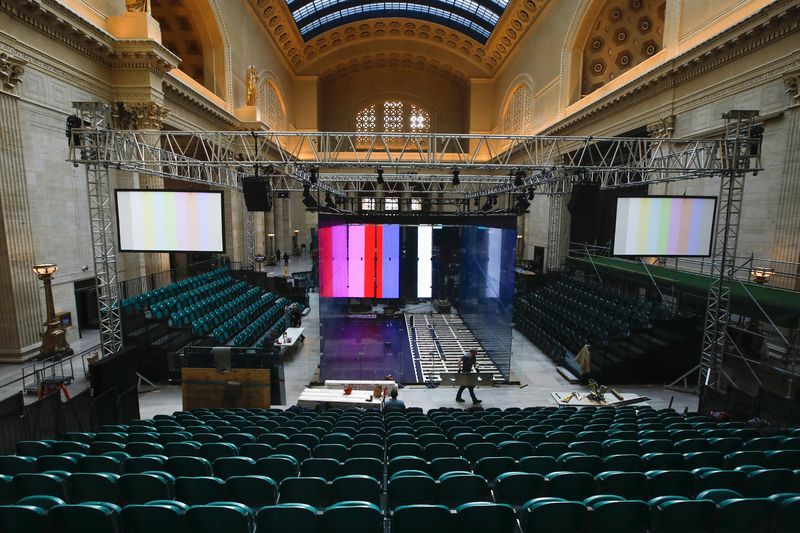 Amanda Sobhy may not be the most recognizable name to most Chicagoans, but the city represents a lot for America’s highest ranked squash player.

When the world’s No. 10 player takes on England’s Julianne Courtice in the first round of the Professional Squash Association’s World Championships on Saturday at Union Station’s Great Hall, it will be the first time Sobhy (seeded 11th in the tournament) will compete in a world championship in the United States.

It also signals progress as a female athlete.

“The fact that it’s a total prize money pool of $1 million split equally between the men and women … is something that should be applauded,” said Sobhy, a New York native who lives in Boston. “Squash has been doing a really good job of pushing that and pushing equality and making a statement that the major events need to be equal between men and women.”

Sobhy’s all-time high as a world No. 6 is the highest ranking of any American, man or woman, and she said the pressure to carry the mantle for the U.S. in a sport dominated by Egyptians “fuels me.”

Sobhy, who is half Egyptian herself, talked about her upbringing and playing in this month’s tournament in Chicago.

1. On playing at Union Station.

“It’s huge the fact that it’s on home soil. I love it. It gives me kind of that extra motivation to not only push for myself but also the home crowd. It’s not every day you get the biggest tournament in the world on American soil. I’m going to try to fully enjoy the moment and try to take advantage of it. But to have iconic venues in train stations is awesome. It’s really good for the exposure of the sport and just to kind of showcase that, hey, you can put up a glass court kind of anywhere, really, and create this amazing atmosphere and setting. We had one in Grand Central Station (in New York) in January, and so now to do it here in Chicago is awesome.”

2. On the player or event that has been her greatest obstacle of late.

“I would say it’s the two ‘Nours’: Nour El Tayeb and Nour El Sherbini, (both) from Egypt. We’ve both kind of grown up playing in juniors and everything, so we’re junior rivals. Recently in the past year I’ve hit either of them in every single major event (in Sobhy’s previous two tournaments, El Sherbini beat her in Hong Kong and El Tayeb beat her in New York). So I keep having to play them, but it’s fine. Hopefully this week it’s going to be my week when I take them down.”

3. On her comeback from a torn Achilles in March 2017 that sidelined her for 10 months.

“It seems a long time ago, it’s been almost two years now. It was definitely a tough journey. There’s a lot of ups and downs that gave me a newfound perspective on my body and competing. The fact is that I want to be able to do this as a lifelong sport, but also compete professionally until my mid-30s, so I need to be able to take care of my body a bit more. So I spent a lot of time in the rehab process making sure that I’m balancing everything and focusing on the recovery aspect as well as the physical training part, too.”

4. On her Egyptian-American heritage and how it contributed to her playing squash.

“My dad never taught us too much culturally except for every summer we’d go back to Egypt and see my dad’s side of the family. When I’d spend time in Egypt, it was always enjoying the Egyptian culture and cuisine and everything and playing squash there. It was definitely a two-worlds household, but I’m proud of being both American and Egyptian.

“I didn’t start (playing squash) until I was 11. I started with tennis first and played every other sport before squash. It wasn’t until I kind of got dragged to tournaments with my older brother, who played before me, that I just naturally got on court myself and started hitting. Dad put me in a low-level squash tournament that I enjoyed and did fairly well, so I started playing both tennis and squash. And then at the age of 12 my dad said, ‘OK, Choose one of them and become really good at it,’ so I liked squash more and chose it.”

5. On the greatest misconception about squash.
“They think it’s a very WASP-y, country-club sport, which we’re trying to get rid of the stigma. We’re doing a really good job in the sense that we’ve got it into a bunch of urban squash programs (such as Chicago-based MetroSquash).”

6. On how being an assistant coach on MIT’s men’s team motivates her against tough tournament odds.

“They just played in their college team nationals last weekend, which I went down with them to coach. In their division they were seeded four and they pulled an upset and won their division, so they won a national title, which kind of says that anything’s possible. They’ve given me the inspiration that anything’s possible going into this weekend.”