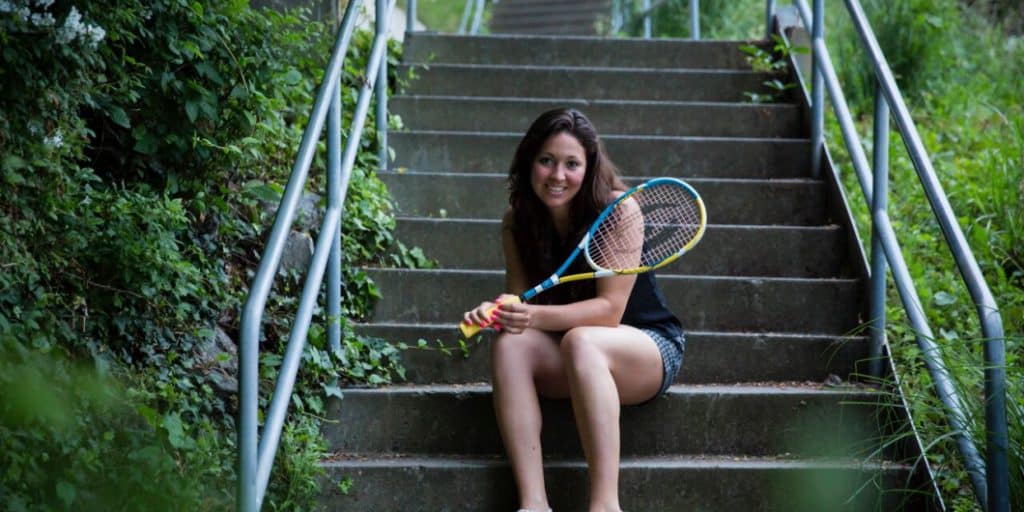 After a long week of squash, we were down to the final two – Greg vs. Karim and Nour vs. Raneem.

Both players in the men’s event were vying for their first El Gouna Open title while Nour and Raneem were looking to be crowned the Women’s World Champion. We didn’t get any epic encounters but we sure saw who was king and queen of the squash world!

Here are my comments on the finals…

Greg bt Karim
Take a bow, Greg. Take a bow! Throughout the week Greg displayed a masterclass of squash. He was untouchable – just on a different level than the rest of the players. It was incredible to watch. Before I start praising Greg, let me just mention a few things about his opponent, Karim. Karim is an unbelievably talented player. He is the world champion and next month’s World #1 – which he fully deserves in my opinion. The baby-faced assassin has transformed his game and demeanor to become one of the classiest players on Tour with the silkiest backhand drop in the game!

While Karim had been dominant in all his previous rounds, the final was all about Greg Gaultier. He was the one in control, attacking beautifully, mixing up the pace and varying the height – while Karim always seemed a touch off. We all know this wasn’t Gawad’s best performance. It doesn’t take a rocket scientist to figure that out, but it was due to Gaultier putting him under so much pressure. Karim was never able to get into his game and get in front to attack. It’s a dejecting situation to be in – and I know!

Greg knows how to completely break your spirit and make you feel hopeless and two thing stood out above all other. First, Gaultier’s lines down the backhand side – there were so tiiiiiight! He had Karim forced into the back corner before attacking with lovely straight drops and kills. Second – Gaultier’s mental performance. He was unbelievably solid. You could see in his eyes that he was on a mission and there was no stopping him. Truly, I am in awe of the Frenchman.

I’m bowing down to you from my couch in Sea Cliff, NY. Greg Gaultier, you are the ultimate GOAT in squash!

Nour was sublime – as if she wasn’t playing well enough, she decided to save her best squash for the finals. Raneem on the other hand, looked nervous and lacking a bit of confidence. The match started off with the two ladies trading points with short, sharp rallies. Sherbini was always a little bit ahead and looking more confident in every game in comparison to Raneem who faded in and out of rallies. First game Sherbini was 9-5 up, second game 9-6 up, and third game 8-5 up. It sure makes it a lot harder to win games when you dig yourself a hole like that. However, never underestimate Raneem when she is behind because she is lethal at coming back.

I felt like Raneem played her best squash when she was down in each game – tactically she was playing smarter by hitting to Sherbini’s forehand and exposing her game, and she was hitting some lovely winners but it wasn’t enough and Sherbini was the more consistent and confident player. Raneem had moments of brilliance, but then would carelessly shank balls into the tin giving Sherbini easy points. Even Raneem’s body language seemed a bit off. It’s tough to watch because we all know how amazing Raneem can be, but maybe that’s what pressure can do to a player. Plus, you are playing against an opponent who is playing phenomenally.

That crosscourt forehand nick at 9-9 in the third by Sherbini was ridiculous. I’ve always envisioned myself being able to do that too, but it usually results in me shanking the ball in the bottom of the tin – I’ll get it one day. Unbelievable stuff by Nour El Sherbini. Hats off to you! I remember my first world junior championship in Chennai, India where Sherbini was this tiny little 13 year old and I was 16 thinking I was a young player. Sherbini won the title that year and I was just thinking to myself, who is this random girl?

Round Up
A few final words from yours truly now that the tournament is over. Since I have been completely crippled and spending the majority of my time on the couch, PSA asked if I was interested in doing some #CommentsFromTheCouch. Of course, I had to take up this opportunity. Not only did this allow me to stay active in the squash community, but it was a cool change of perspective to comment on my fellow peers.

As a player, we compete in tournaments and always see our match write-ups by the standard squash bloggers or writers, but never do we get an actual player’s perspective. I lack in subtlety, so my perspective and comments are very crude and a lot more blunt than other players, which I’m sure you’ve gathered. This is my personality type and hopefully those who know me know that I like to joke around and can see the entertainment, humour, and sarcasm in my writing.

If you could not pick up on it, then that’s your own fault for being so dim-witted. I’m well aware that I shredded some players, and I apologize if you were offended (hopefully you found it funny instead), but I also praised a lot of players as well. Life is all about balance, and when I get back on tour, I’m sure you’ll all have plenty of chances to shred my squash.

Until next time!
Amanda Sobhy