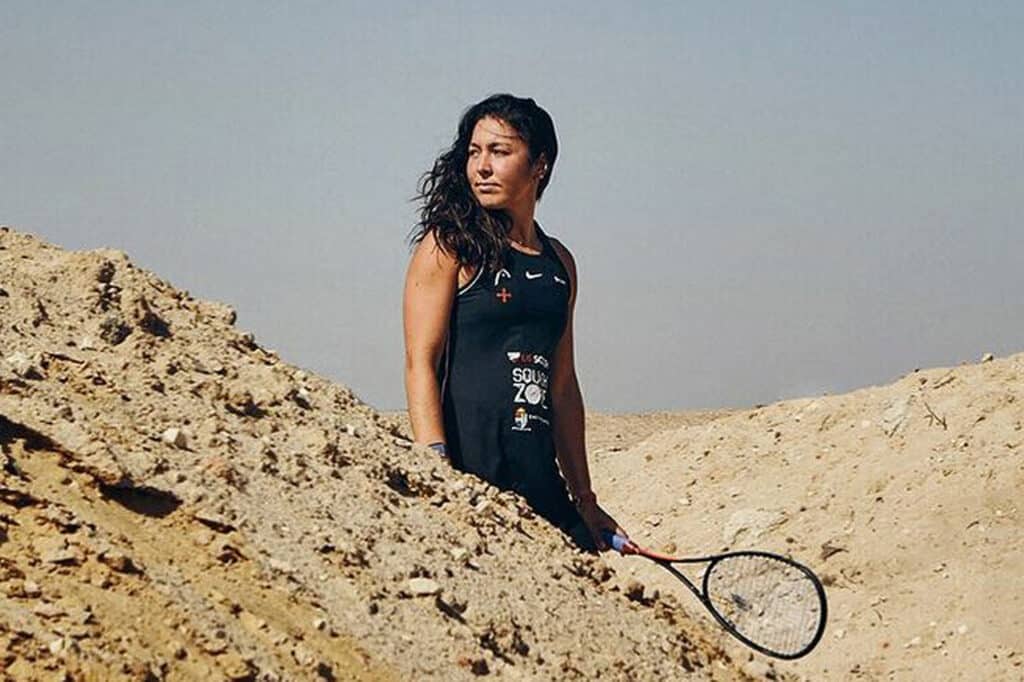 I am currently nearing the end of my three week trip to Cairo, Egypt, having just finished the Black Ball Open. Luckily, it’s going a lot better than the previous trip back in October. For starters, I actually chose to spend three weeks in Egypt, instead of being forced to come here due to a tournament. Yes, I did come to Egypt for a tournament, but I chose to arrive a week earlier and stay a week later. All for the love of training. Even this tiny little bit of control in my life (during a time when so many things are very much out of my control) has helped put my mind at ease, which makes me feel exponentially better.

It’s been a “minute” since I last wrote to you all, so let me catch you up on what’s been happening these past few months.

When I got home from my last tournament in Egypt, this past October, I was feeling dejected, unmotivated, and frankly a bit lost. Heading into the September and October tournaments, I thought I had prepared well and was ready for them. After reflecting on the summer months though, I realized that I actually hadn’t put in the big block of summer training that I normally did in the off season. Yes, I worked a ton on my speed and agility, which I found extremely helpful. I also led a lot of summer virtual fitness sessions and worked out remotely with friends. I even went for long outdoor runs, something I’m not too keen on. But I didn’t do a single Thierry Lincou atrocious bike or treadmill session in the gym this summer!! In fact, I didn’t even step inside a proper gym because I didn’t have access to one. And even if I did, I didn’t want to wear a mask in the gym while doing a “Thierry Lincou atrocious bike and treadmill session” So, I just avoided the gym. To make matters worse, I only started to properly train on court once I moved down to Philly, which was the beginning of August. That gave me 3-4 weeks of squash training before I flew to my first event. Wrong decision. Add into the summer mix, I had to pack up my belongings in my Boston apartment, by myself, and move to a new city (and unpacking everything, by myself) in the midst of a global pandemic. If that wasn’t stressful enough, I went through some major personal issues that left me emotionally and mentally broken by the end of the summer. Sooooo…now my lackluster tournament results make sense. Or at least is put into perspective.

With my disappointing tournament results, I found myself at a crossroads. My motivation was at an all time low, the United States was raging with Covid, and I did not know when the next tournament would be. I realized that I had to decide to either go all in, and put my head down and work, or start transitioning out of being a professional squash player and start looking for a proper job. I stood at this crossroads, deep in reflection, for a while.

To be perfectly honest, I had lost the enjoyment in my squash this past year, which clearly showed in my results. I struggled to find that motivation to lay it all out on the court after such a long break. I found it especially hard competing with little to no crowds, and often at an 11:45 am time slot. On top of it all, I found out during those events that USSquash was going to continue to cut our elite athlete funding until July 2021. After the three tournaments and a month away, I returned to Philly feeling lost, unappreciated, and uninspired. I had to take a good, hard look in the mirror and ask myself if I was willing to put the hard work in to get to that next level or was I content with where I had gotten as a squash player and call it a day?

It didn’t take long to realize that I wasn’t ready to give up yet. I knew that I had a lot more to offer and that this was not the way I wanted to go out as a professional squash player. So, I put my head down and got to work.

Let me tell you, it wasn’t easy. Those first couple of weeks were a pure struggle. But I didn’t give up. I started working with a new fitness coach who was able to provide me with guidance, structure, and stability which was a huge motivator for me. I started going to The Racquet Club of Philadelphia every day to train in the gym. I enjoyed doing the off court fitness work (even though I had to wear a mask the whole time). Spoiler alert: Doing a Thierry Lincou interval bike or treadmill session with a mask on is awful!

Even with little glimmers of hope, finding enjoyment on the squash court was still an ongoing battle. I needed to find a way to have fun playing squash again while getting back into that competitive spirit. I’m so grateful to have found it in the form of playing 2v1 battles against the Pros at the Racquet Club in Philly. Not only was the trash talking on and off the court thoroughly enjoyable, but my competitive nature was kicked into high gear because I knew I couldn’t lose to those guys! I loved every second of those heated battles we had every week. Shout out to Jimbo, Robbie, and Lums for helping me find my love for the game again. (Side note: I hold a 6-0 win record against the Pro Shop guys). With a renewed attitude, suddenly the weeks started to get easier. I could feel myself improving! I loved the routine and had found a great support team! I felt like I had found my groove again.

And then Philadelphia announced that it was going back into a second lockdown for the rest of the year due to the rising number of Covid cases. All gyms and squash clubs were closing, including The Racquet Club of Philadelphia.