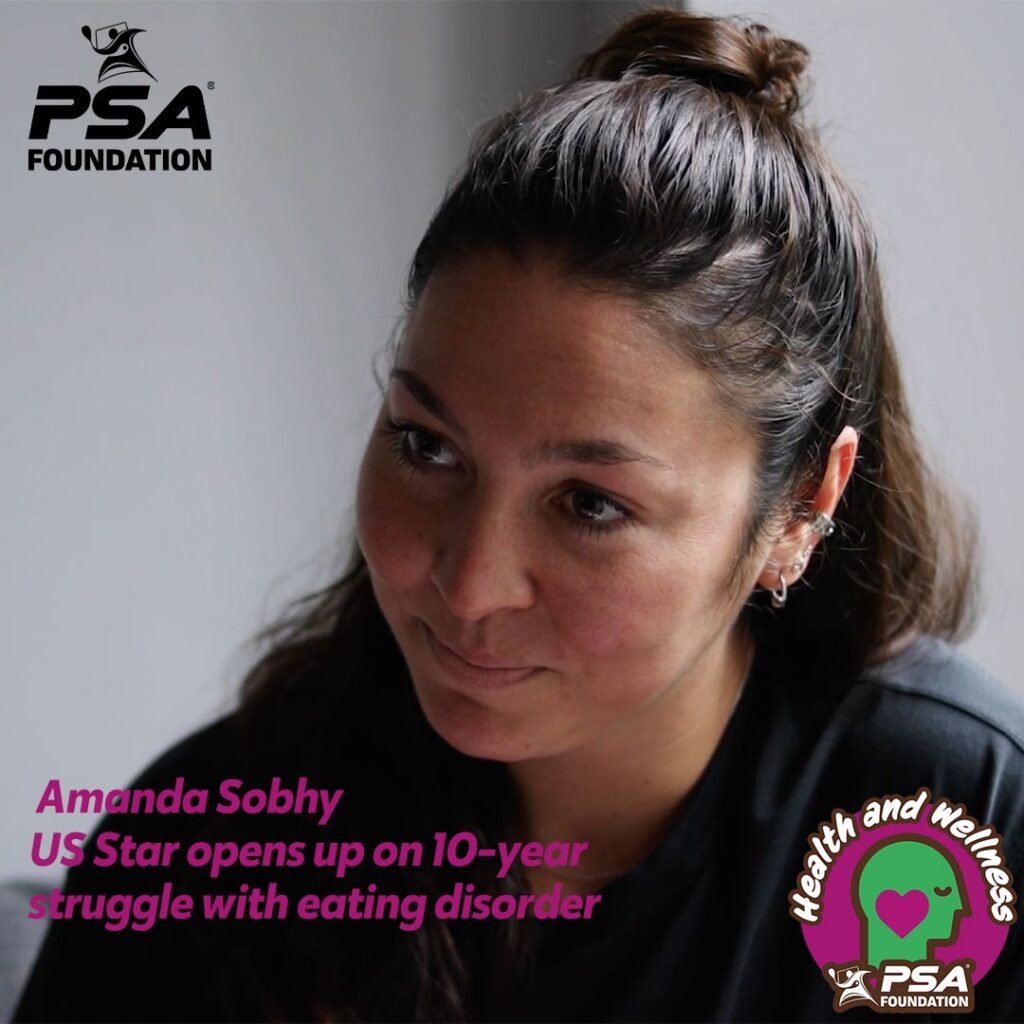 It has been a minute since I last wrote to you all.

A lot has happened during this time off, but we are going to focus on one major piece of life news that I shared in early November: my private 10-year struggle with an eating disorder.

Since I have shared it publicly to the world, I have learned two major things. The first is that SO many people struggle on some scale with an eating disorder or disordered eating. The amount of messages that I have received from people who are struggling, or know of someone who is struggling with this illness is insane! It was unbelievably eye opening and confirmed that I made the right decision in sharing my story with you.

The second thing I realized is that we do not talk about these “taboo” subjects enough . If eating disorders are such a common illness shared by so many, why aren’t we normalizing the conversation around it? This is where I come in. Since I’ve already put myself out there and ugly cried on SquashTV’s Youtube page (you can watch the video here: Squash: Sobhy Opens Up on Struggle With Eating Disorder), I figured why not blog about my own experience with my eating disorder?

Here I can share anything you might want to know about: from being in the thick of my disorder during college and my first few years on tour to finally acknowledging that I had a problem and enduring the long recovery process to how I broke free from this awful disease and why I decided to finally share my story with you. I’d also like to share what being recovered is like, how you can best support someone who struggles with an eating disorder and tools that help me stay the course and not relapse.

In all honesty, there are so many people in this world who are struggling with this silent illness, so if I can help one person break free from their eating disorder, or make someone feel less alone, then this blog is worth it! I’m going to dedicate my first blog post to explaining what life looks like in recovery. What better way to do that than to use a squash analogy to explain?

Even though I am over a year recovered from my eating disorder, it doesn’t mean I don’t still struggle with triggers, old thought patterns, or eating behaviors. I still have to manage my illness every day.

Imagine playing a squash match every day of the year against an invisible demon. In my case, it’s my eating disorder. Every day I get through without binging and purging is a win for me. Every time I relapse is a match I lose. Just like when I lose in an actual squash match, it’s not the end of the world. I get back on the horse and I try again. However, the goal is to win more matches than lose. Since I recovered from my eating disorder in November 2020, I am on a hot win streak of over 365 days. Squash is played best three out of five games, with each game scored to 11 points. Most days, I wake up and it’s an easy 3-0 victory for me. Maybe even a triple bagel (when you win 11-0 11-0 11-0) which for me means that I didn’t even engage in a disordered eating thought or behavior.

I just get to live life completely free of the disorder which is one of the most freeing experiences ever. Other days, it might be a close 3-0, 3-1, or maybe even a 3-2 victory, but I always win the battle at the end of the day and that’s good enough for me.

During the holiday season, however, it was like playing 5-game battle after 5-game battle every single day for about four weeks straight. And let me tell you, just like a real match, it’s exhausting. By the end of December, I was so ready for the holidays to be over so I could get back to my normal, boring routine. I spent so much energy trying to manage my illness over the holidays and not fall off the wagon, that it was hard for me to have the energy and excitement to actually enjoy the holidays with my family. Don’t get me wrong, I am so grateful to be able to spend time with them, but when I’m playing an invisible squash match throughout the day against my illness, I am often left completely drained by the end of it. When I’m doing that day after day for weeks on end, I just want the holidays to be over and done with. Thankfully the holiday season is behind me, so now I only have to deal with this freezing winter weather and seasonal affective disorder!

Anyway, I hope you’ve enjoyed my very cheesy (but pretty brilliant :)) squash analogy! The best part about this analogy is that it doesn’t have to only pertain to an eating disorder. You can play an invisible squash match against any challenge in LIFE every day. And if you win against the highs and lows that life throws at you, consider yourself a champion too.

Signing off for now, but catch you soon for more Mental Health with Mands!