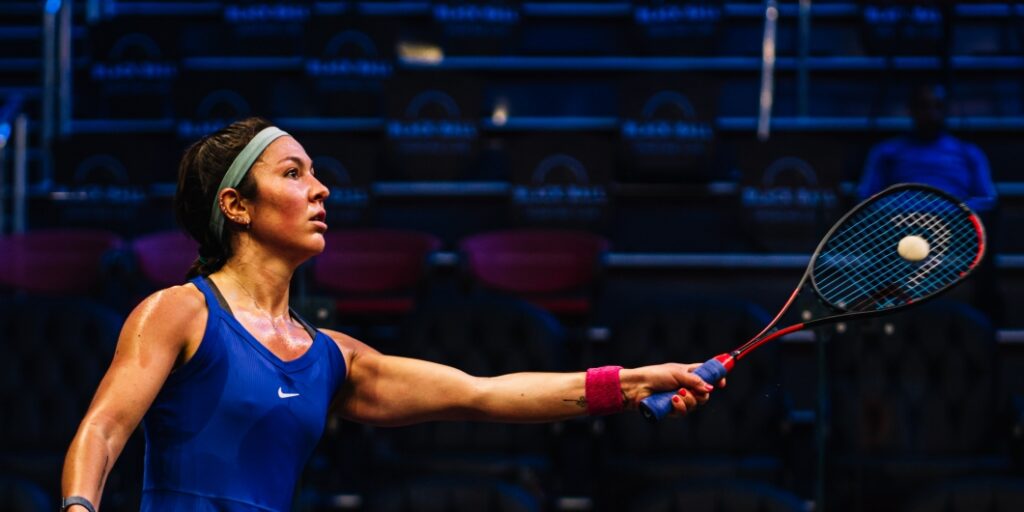 Amanda Sobhy says that the confirmation that this year’s U.S. Open will be held in October has provided her with the opportunity to win a major home title and provide a potentially career-defining moment.

The PSA World Tour Platinum tournament – the highest level on the PSA Tour outside of the PSA World Championships and CIB PSA World Tour Finals – will be held between October 2-9, 2021 at the state-of-the-art Arlen Specter US Squash Centre in Philadelphia for the first time.

US No.1 Sobhy, who moved her training base to Philly last year, has described the venue as “phenomenal” and a possible game-changer for squash in the United States, while the 27-year-old hopes the facilities will help propel her to a maiden Platinum title on home soil.

“It would truly mean a lot to win the U.S. Open. The fact is that I moved down to Philadelphia in August of 2020 for the Specter Center, so it would prove to me it was all worth it,” said Sobhy.

“To win a major on home soil and the fact that I live in the same city where the U.S. Open will be held is huge and it would just mean so much to me.”

The Arlen Specter Center is named after a former Philadelphia senator and is the result of a joint project involving US Squash, Drexel University, the Commonwealth of Pennsylvania, and private donors.

With a recent economic study suggesting the center will create around 90 permanent jobs and generate $23 million in annual economic activity for Philadelphia, Sobhy was keen to pay tribute to the work done by US Squash.

Sobhy said: “The Specter Centre is truly phenomenal and the fact that it will be able to host this year’s U.S. Open is massive. To be honest, every time I have had a tour of the Specter Centre, I step in and my jaw just drops!

“It is a state-of-the-art facility and something that every athlete dreams of being involved in. The fact that we can now have a tournament like the U.S. Open held there will generate so much buzz and excitement around the growth of the sport in the US and change the nature of the game.

“But it will just get so many more people excited and lift the profile of squash in the US and that is exactly what we need.

“It’s just fantastic to see the US Open confirmed for this October. Given the fact Covid still exists, there is so much uncertainty in the world and no one knows how the world will look in the fall. Yet the fact is that US Squash is very keen on holding the tournament.

“So, it really shows how committed they are to putting it on, and from my point of view that is fantastic and really positive for squash in the USA.”

Next up for Sobhy is the ninth instalment of the El Gouna International Squash Open, which will take place at the Gouna Conference and Culture Center between May 20-28.

Sobhy says she is in a good place for another strong showing in Egypt: “My preparations for the next tournament have been going well, and I have been loving this downtime and the fact that I can be in one place and put another good training block in is exciting to me as it will really let me build on my performance at the Black Ball.

“My game is in a good place and my body is healthy which is key, and the weather is getting warmer, and Philly is opening up again in terms of things we can do, and it is a lot of fun.

“So, I am enjoying this time and right now looking forward to the El Gouna next month.”