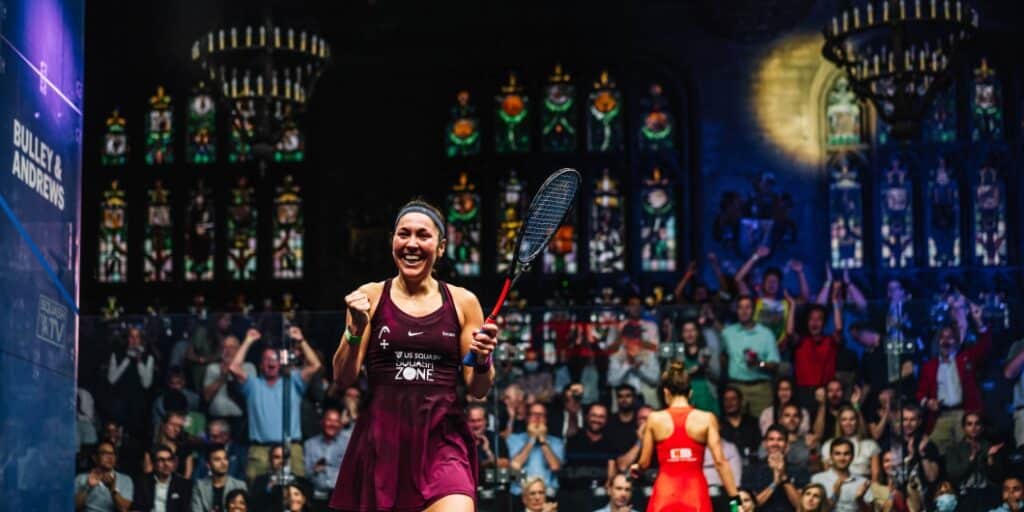 United States No.1 Amanda Sobhy has moved up two spots to reach No.5 after the PSA Women’s World Rankings for August were released today (August 1).

Sobhy made history last month in Chicago when she became the first US-born player ever to reach the semi-finals of the PSA World Championships presented by the Walter Family, where she lost to eventual winner Nour El Sherbini.

El Sherbini won her fifth World Championship crown and the 25-year-old remains at World No.1 ahead of the woman she beat in the final, Nouran Gohar. Gohar would have taken the World No.1 spot had she beaten El Sherbini in the title decider.

Nour El Tayeb remains at No.3, with France’s Camille Serme taking the final spot inside the top five.

England’s Sarah-Jane Perry stays at No.6, with Egypt’s Hania El Hammamy falling two spots to No.7 as she swaps places with Sobhy. Joelle King and Salma Hany take the No.8 and No.9 spots, respectively, while India’s Joshna Chinappa replaces Wales’ Tesni Evans in the top 10, marking the first time she has featured inside the top 10 since September, 2020.

Nigeria’s Yemisi Olatunji is the biggest mover this month on the women’s tour as she rises 210 places to No.153 in the world. Meanwhile, England’s Lucy Beecroft is the second biggest mover, moving up 175 places to No.124 after reaching the last 16 of the Squash on Fire Open and the last 64 of the PSA World Championships.