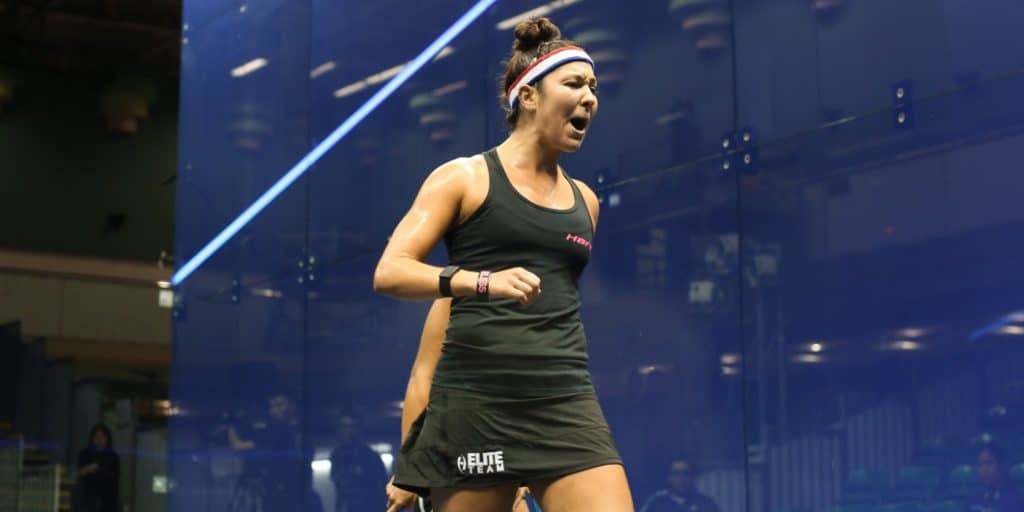 World No.6 Amanda Sobhy will be sidelined for most of the year after having surgery on a ruptured left Achilles tendon.

But the United States No.1 has her sights set on a return in December’s World Championships in Manchester, England.

The surgery came seven days after she suffered the injury in the semi-finals of the Cuidad de Floridablanca, PSA W70 tournament against US teammate Olivia Blatchford.

Sobhy was leading 2-0 in games and had five match balls in the third when she pushed off to retrieve a drop shot in the front of the court and fell down on the ground.

“I felt like Olivia had smacked me in the back of my leg with her racquet,” said Sobhy.

“I asked her ‘did you hit me?’ When she said no, I knew right away I had snapped my Achilles. I was just in complete shock.”

Dr. Charles Goodwin at the Hospital For Special Surgery performed the 90-minute surgery and called it a “complete success”.

“Everything was great! Amanda has an excellent tendon that was good and strong!” said Dr. Goodwin.

“I fully expect a great recovery.”

“It’s going to be a long road ahead, but I’m determined more than ever to come back stronger to the PSA Tour.”

Sobhy will be off her foot for the next five weeks, in a cast and on crutches, before being put in a walking boot. She will then begin extensive physiotherapy with the goal to be back on court this autumn and make her tournament comeback at the 2017 World Championships in Manchester, this December.

In January 2018, Sobhy hopes to bring home the trophy for the Tournament of Champions, held a the stunning Grand Central Terminal in New York.

“But I’m only 23 and I have my whole career ahead of me. I can use this time to make sure that I build up my body.

“This is not going to stop me from accomplishing my goals and dreams. This is only going to make me stronger and more determined.”